On this day in 1968, Marvin Gaye and Tammi Terrell released the single, Ain’t Nothing Like the Real Thing, on Tamla Records.  It was the first single from their second album, You’re All I Need, and was written and produced by collaborators Ashford and Simpson.  The song reached #8 on the Billboard Hot 100, and #1 on the R&B chart, the duo’s first of two #1’s. 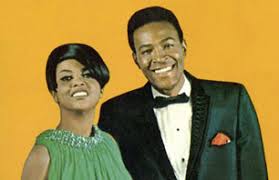 This is another one of those near-perfect tracks that I’ve never tired of over the years.  It’s joyousness belies Terrell’s poor health which she sadly succumbed to just two years later, as well as some dark days ahead for Gaye.  Many other artists covered the tune in later years, but as the title of the song says…