Music, history, and meaningless trivia: These are a few of my favorite things. They won’t earn me an early retirement, but I derive enjoyment from them nonetheless. As I grow older, the opportunities have become fewer and further between for sitting around the shack with a buddy over a six-pack, dissecting various albums or comparing/contrasting the multitude of live performances of Like a Rolling Stone available through official and bootleg releases. Thank goodness my wife likes or at least tolerates my musical interests, not to mention the fact that she has introduced me to sounds I probably never would’ve learned of had I not met her.

This past spring (of 2017) my fascination with the radical transformation of popular music 50 years ago was rekindled. Not that my interest ever went away, but I had long ago begun taking much of it for granted even though there was much I had yet to discover. Often referred to as the soundtrack to the fabled Summer of Love of 1967, that musical and social revolution had already been in motion for a year or two prior and even earlier than that on the US coasts and in European cities. But by Sgt. Pepper, “psychedelia” was becoming mainstream culture, at least as mainstream as possible pre-24 hour news cycle and social media when the war du jour was still a relatively popular one (at least for a few more months). Even some straights tried to look hip. I probably would’ve been one of those nerds hopelessly trying to look and act groovy, as evidenced by my adolescence in the 1980’s when I couldn’t decide if I wanted to be preppy or a hippie, but ended up just another hum drum Midwesterner with a mullet. 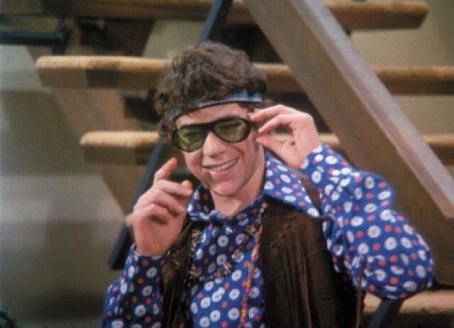 Back to 1967: In the midst of becoming acquainted with Country Joe and the Fish’s Electric Music for the Mind and Body for the first time last spring and trying to get past the Stones’ Their Satanic Majesties Request as nothing but a Pepper satire or bad rip-off (or a good one), the thought came to me: Oh man, what about 1968? To me, that’s the year the music scene really took off in terms of both quantity and quality. The latter element for me probably didn’t peak until 1970 or ’71, the year I returned to life as we know it as Stephen. But I had to push ’68 to the back burner, lest I overlook the brilliance of Love’s 1967 release Forever Changes or Captain Beefheart’s Safe as Milk. Now the 50th anniversary of that crazy, tumultuous year of losses of great American leaders, riots, trips to India, another Cardinals World Series, and of course the music, has inched its way to the front of the stove, bringing with it something a little heavier for the next twelve months and beyond. 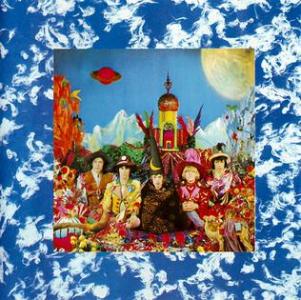 So, how to keep these interests fresh and stimulating when I’ve waxed poetic ad nauseam about that lost, out of print Van Morrison classic from 1974 I’ve only recently discovered for myself by cobbling the pieces together from various YouTube sources into a playlist to the point where my wife is repeating my blathering to her co-workers? Some people (o.k., my therapist) say I should write about it. Maybe create a blog. A blog? What could I possibly say that hasn’t been said a bazillion times before by Boomers who were actually alive when these albums were current and the big news stories of the day were unfolding?

“Traffic’s self-titled album was released on October 25.” “MLK and RFK were assassinated.” “The Tet Offensive occurred, causing Walter Cronkite to opine that the U.S. should honorably vamoose from Vietnam.” These are facts that can easily be found on Wikipedia timelines should one be interested enough to do a simple search. But to me, this is the most fascinating period of culture and history in general, and the core of my favorite music has always been the period from roughly 1965-1975. So, to any Baby Boomers who might read this, I say relax, I’m not trying to encroach on the era you rightfully own. I just have my own relationship with the music as a Gen X-er just as my 17-year-old son or the two teenage girls I overheard in my local record shop (yep, I’ve got one of those right around the corner!) the other day asking the owner for Jethro Tull recommendations have theirs. It’s a beautiful thing! 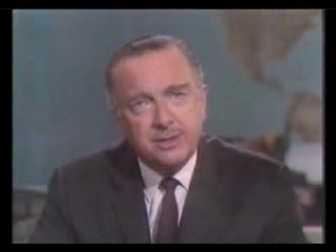 To understate it slightly, stuff happened in 1968. Much of it looked really cool and exciting from the distant land of 1988 (“when I was young…”), and much of it even now. At times I’ve thought it would’ve been great to have come of age in the mid-late 1960’s. Alas, I probably would’ve died in the muck of Southeast Asia (maybe I did, but that’s a topic for another blog). My hope is that this might stir some thoughts for you and that you might in turn occasionally share some of your own musings on these things: where you were and what you were up to (if you were alive), and of course any opinions on the music, positive, negative, or otherwise.

For now, I’d like to offer an occasional reminder of some of the many 50th anniversary milestones in music from the year 1968, subjectively handpicked by yours truly, as well as occasional thoughts on music from other eras when the urge arises. I’ll focus on albums, but sprinkle in the occasional notable single from albums not otherwise mentioned. Many of these albums have specific release dates I’ll stick to, others only have the release month available. Some are apparently so forgotten that only “1968” is given as their release date. Some are obvious choices that most of us know and many of us love.

Other albums I’ll list because I’m aware they’re “important,” but I really don’t know much about them other than maybe a track or two that ended up on greatest hits compilations (see most Motown and country). Occasionally I’ll throw in a side tidbit that relates to the music, or a historical factoid to add perspective. If I leave out an album or song you feel I should have included, you can let me have it for my ignorance or for being such a snob. Sorry, but the 1910 Fruitgum Company and the early works of the Bee Gees probably won’t make the cut – unless you want them to. And by all means, please let me know of any factual errors. Without further adieu, Happy New Year, and welcome back to 1968 (and beyond). May we all be Bold as Love.