Miles Davis – Miles in the Sky

With Miles in the Sky, Miles Davis continued a very productive late-60s stretch of recording with his second quintet which included Wayne Shorter on tenor sax, Herbie Hancock on piano and electric piano, Ron Carter on Bass and electric bass, and Tony Williams on drums.  George Benson guested on guitar on the track, Paraphernalia.  The album marked the beginning of Davis’s electric period, and is an early standout in the jazz-rock fusion genre. 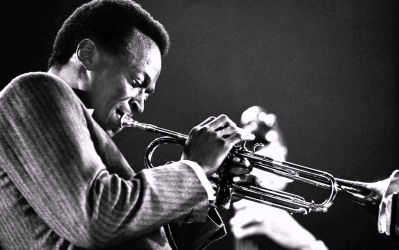 Critic Stephen Thomas Erlewine writes that, despite the longer rhythmic jams and the use of electric instruments, the recording is not as visionary as some of Miles’s other work at the time, and feels like more of a transitional album which is “intriguing and frustrating in equal measures.” 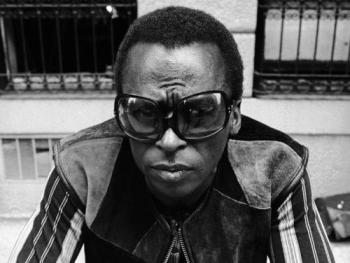 I’m a fan of jazz music with little more than a novice’s knowledge of the genre.  My jazz collection has slowly but steadily grown over the years, and much of it is comprised of well-known standards which are obvious standouts even to a listener such as myself.  With albums such as Miles in the Sky (the title a nod to the Beatles’ Lucy in the Sky with Diamonds released the year prior), I don’t feel the need to know if they’re slighty greater or lesser than their contemporaries.  Its composer was a mercurial artist who did not shy away from sharing his views, and this recording was made during a very difficult year for race relations in the US.  Keeping aspects such as those in mind when listening to music of any genre enhances my experience regardless of any specific knowledge I may have of the recording.

For a raw, unfiltered look at the life and work of Miles Davis, his autobiography is quite an eye opener. 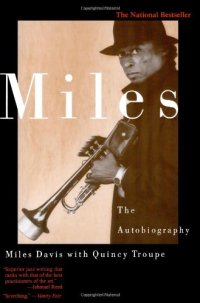