We’ve reached the end of the year.  Two years, actually, as pertains to this blog. December was a slower month for 50th album anniversaries, but I’ve also been sidetracked with an unrelated project, hence a few of these “leftovers” from the month really deserved their own dedicated posts which I was unable to make time for. 1969 will not wait – time does this for no one, as somebody once told us in a song – so let’s get to it.

This might be my most random inclusion thus far, and I learned about it in a random manner: the YouTube sidebar of suggested albums. I had one album by the Hungarian guitarist but didn’t know much about him when I came across Dreams on YouTube a couple of years back, and it became an instant go-to album to listen to online at work. It’s a recording of instrumental originals and covers made in August of ’68 and released sometime after, and it includes my favorite session drummer, Jim Keltner. This record brings visions of a Motorola console stereo, paneled walls, shag carpet, highballs, and ashtrays on three-foot stands.

Yeah, I blew it with this one. It deserves a lot more attention than this paragraph will give it. It was recorded from Elvis’s TV special taped at NBC’s Burbank Studios in June of ’68. The musical format presented Presley in three different settings: production numbers featuring medleys of his material; an informal small band featuring full songs in front of a live audience; and the two original numbers with Presley backed by an orchestra in front of a live audience. The album subsequently peaked at #8 on the Billboard 200. It was certified Gold in July of ’69 and Platinum thirty years later.  I see and hear Elvis on this great recording, and I can’t help but wonder what could’ve been. (Hey Kim, tell me what could’ve been with Elvis post-1968! :))

December:  Spirit – The Family That Plays Together

Spirit’s second album of 1968 (and second overall) saw the band reaching a little further into the prog world. The album spawned the single I Got a Line on You, another great track which has been elbowed from homogenized classic rock radio playlists in favor of more plays of Pour Some Sugar on Me. You SUCK, classic rock radio. You suck BAD! 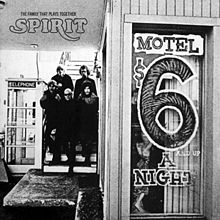 The debut album by Soft Machine was released this month in ’68. The Canterbury bands have been a slowly acquired taste for me, but it is happening. By their third album (aptly titled Third), it starts getting more accessible to me. 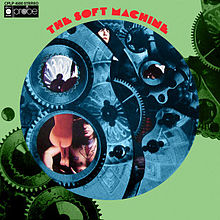 I have this soundtrack and movie in a mental file labeled Revisit to Learn What the Hell THAT Was All About. The movie itself was released in November of ’68, and was co-written and produced by Jack Nicholson. It did a whopping $16,111 at the box office. This soundtrack was the Monkees’ sixth album, and the final one with Peter Tork until 1987. It features six proper songs mixed with film dialogue and incidental music. I have a vague memory of seeing at least part of this film around the age of fourteen in the mid-1980’s when the Monkees had become somewhat of a thing again thanks to syndicated reruns. It made no sense to me then, but glancing at the cast, there must be some value in it. A good period piece, at least? Please share any thoughts you may have about this. I need to understand. 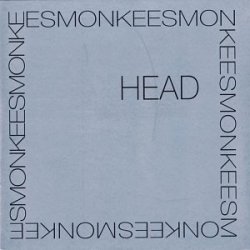 Merton was a famed American Trappist monk, writer, theologian, mystic, poet, social activist, and scholar who was a proponent of interfaith understanding.  He maintained a dialogue with such spiritual leaders as the Dali Lama and Tich Nhat Hanh, and wrote over 70 books, perhaps the most famous being The Seven Storey Mountain (1948). He passed at the age of 53 while attending a conference near Bangkok. He was found dead in his room, possibly the result of a heart issue, possibly from electric shock. There was no autopsy, and some have speculated he was assassinated by the CIA. The more I learn about this man, the more I wish we had voices like his in the West today.