I was not frequently absent from school when I was a child. However, when I did miss school because of an illness, I tended to make it count. As in three or four days in a row. Not that I was always sick the entire time. I just didn’t want to go back once I’d settled into a cozy routine of morning cartoons and the afternoon B-movie on the independent channel before the usual after school lineup of reruns. There was a price to pay, however. By the third day or so my mom would return from work having visited my teacher at some point during the day and bestow upon me the dreaded stack of makeup schoolwork. What does that little anecdote have to do with my blog?

Well, I’ve had some spells of absenteeism from this hobby over the past year. But unlike grade school, it really bothers me looking back at the album release 50th anniversaries I’ve missed. It’s as if I’ve disrespected these artists by not celebrating their albums properly. Indeed, it gets a little strange between my ears at times. Anyhoo, looking back at my notes from March and April there are a few albums I’d like to belatedly acknowledge as we move forward over the next month or two (and does anyone really know or care what month it is anymore?). Some titles I’ll address individually, others in clusters. Starting now.

Leon’s solo debut was a classic out of the gate. It contains the oft-covered A Song for You, as well as Delta Lady. He also had a little help on the album from a cast of A-listers including Harrison, Starr, Jagger, Clapton, and too many others to list (see wiki link at the bottom). Leon Russell and the following two albums in this post all represent, in my mind, a shift in rock music around this time whereby artists were breaking free of stylistic constraints. Leon was a prolific songwriter and gifted musician, and like his friends Delaney and Bonnie he blended southern gospel elements, blues, and rock into a unique sound that his English musician friends fit right into. 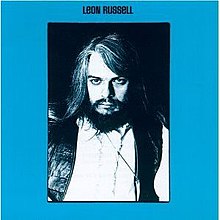 Like many of my generation (X) who became Jimi Hendrix fans, it was due to his famous three studio albums augmented by whatever film we could view of the man, either in the Woodstock and Monterey documentaries or on VH1 (remember when VH1 was presented as sort of an MTV for Baby Boomers?). When I explored Jimi’s other commercially available music at the time (early 90’s) it was obvious he had been broadening his musical horizons before his death. Cry of Love and Band of Gypsies were in my collection, but they weren’t played often. It took a few more years and perhaps a little more musical maturity on my part to “get it.” Now I enjoy First Rays of the New Rising Sun (comprising most of the first three posthumous Hendrix releases) and the funk/R&B fused rock of Band of Gypsies as much as any of the original three. If only he’d lived long enough to make that album with Miles Davis. 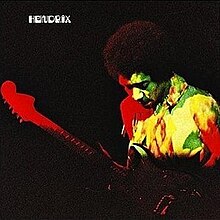 And now for something…completely different. On January 15, 1970, Ginger Baker assembled an eclectic group of musicians for a sold-out performance of Afro/jazz/rock fusion at the Royal Albert Hall. Band members included early Baker influences Graham Bond and Phil Seamen, plus Winwood, Gretch, and Wood of Traffic, post-Moody Blues/pre-Wings Denny Laine, and Remi Kabaka, who would also add flavors of Afro-fusion to music by other British music luminaries of the era. Critics, of course, hated the subsequent album, Ginger Baker’s Air Force. They aren’t too fond of albums produced by drummers, as they tend to be heavily, uh, drummer-centric. I find it to be an interesting and listenable album. Unfortunately I’m limited to listens on YouTube, as the CD issue readily available for purchase these days is a vinyl rip, and a poor one at that. (A better quality release from ’98 containing both Air Force albums and a solo Baker album currently goes for $144 on Amazon – no thanks.) One of these days I’ll have my turntable set up again and I’ll find a used vinyl copy. One of these days. 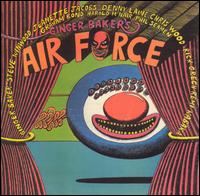 2 thoughts on “Marching Backward to the Music – Leon, Jimi, Ginger, and Past-Due Homework”