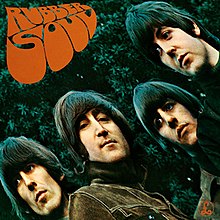 I’m participating in an album draft with nine other bloggers, organized by Hanspostcard. There will be ten rounds, with draft order determined randomly by round. I was the ninth to select in this round, and I scored one of my favorite Beatles albums. There was no doubt that my second pick would be a Beatles album. It was only a matter of what was still available to choose from. Twenty years ago, Rubber Soul would’ve been at the top of my Beatles list. Today it’s second by a hair, but I’ll still gladly add it to All Things Must Pass in my fledgling desert isle collection. Rubber Soul is another of their albums which saw two releases on separate labels with different track lists and song totals. I grew up with the U.S. (Capitol) version, which does have its positives despite being two tracks shorter. However, in my adult life I’ve only listened to the Parlophone version which was standard across most of the planet outside the U.S., and for the purposes of the draft that’s the one I’m going with.

By 1965 the Beatles were progressing at lightning speed as writers and as individuals, more so than what their heavily promoted mop top image – or what was left of it at that point – might’ve suggested. It’s astounding to me when looking at it in terms of a timeline just how rapidly they evolved. During their month long U.S. tour that summer they met Dylan in New York, dropped acid with The Byrds in L.A. (with Paul famously abstaining for the time being), listened to a lot of Motown and Stax music on the radio, and smoked pot for breakfast (John would even describe Rubber Soul as “the pot album”). They returned to the U.K. inspired to write a new batch of songs reflective of these experiences, which they began recording a short time later in October. Rubber Soul was released – along with its accompanying smash double A-sided single, Day Tripper/We Can Work it Out – on December 3. It was their second album of all original material, still somewhat unheard of in rock and pop music at the time. Whew! 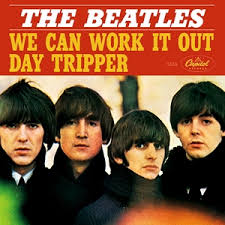 The title pokes fun at themselves for not having “authentic” soul like the American R&B artists they admired, but when the needle hits the grooves, it’s anything but phony. The themes are more serious and much less bubblegum than on previous albums, and for many younger fans whose lives hadn’t changed so drastically and in such a short period of time, this was a shock. There are beautifully written songs of lament (You Won’t See Me, Wait, I’m Looking Through You, Girl), and sentimental retrospection (In My Life). We also start to hear their “later” personalities and influences come to the fore, especially with Harrison. There’s stern advice from “grumpy George” (Think for Yourself) as well as the sweet, jangly sound of his 12-string Rickenbacker on the Byrds-influenced If I Needed Someone (he’s no longer saying “I need you,” but only “If…”). Norwegian Wood (This Bird Has Flown), written by John about an extramarital affair and played in the style of Dylan, was not only the first Beatles song on which George played sitar, it was the first rock record to do so, period. This song alone spawned “raga rock” and brought Hindustani classical music – particularly that of Ravi Shankar and his associates – to Western ears like never before. John had laid bare his feelings of despair earlier in the year on his song Help!, but few heard it as he meant it. With Nowhere Man listeners now understood there was complexity behind Lennon’s goofy, sometimes acerbic façade. 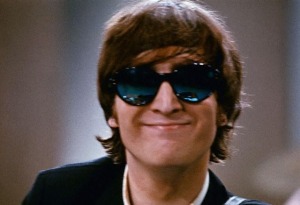 I realize it’s silly to second guess what the Beatles did on their albums, but there are a couple of nicks in Rubber Soul’s vinyl in my view. It’s been written, and boasted about somewhat by McCartney, that they were a very democratic band, and to a great extent they were. Yet at times it was a bit to their detriment. While I wouldn’t have wanted anyone but Ringo as the drummer for the Beatles, looking at it today it seems rather misguided for them to designate a slot on their albums for a Ringo song. What Goes On, if only briefly, disrupts the vibe and flow of the album. Other than perhaps his White Album tracks, Ringo’s songs should’ve been B-sides only. And beginning with their next album it made even less sense as George was writing a lot more yet was still allotted only one or two tracks per record. Additionally, Run for Your Life has a regrettable set of lyrics despite being an otherwise fun track instrumentally speaking. Even John disavowed it later. 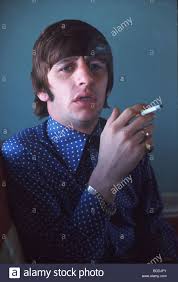 1965 was a transitional time all the way around for the Beatles and on Rubber Soul in particular, but not in a way to suggest anything was lacking. Almost everything they did, whether with their music or their group image and as individuals, had a major impact on popular culture. And if one is inclined to hear this album and Revolver as companion pieces as George Harrison did, it could be argued that it was their peak.