I had stepped away from my blog for a bit when the 50th anniversary of Jackie Lomax’s 1969 album Is This What You Want? came and went. It wasn’t a great album despite its connections, but there is one standout track that I want to acknowledge. Sour Milk Sea is a fairly well known song to Beatles fans despite the fact that it wasn’t on any of their albums (unless one counts The Esher Demos). I’ve mentioned it before, on the White Album‘s 50th. Written by George Harrison, who also produced the Lomax album for the Apple label after recording his own demo, in my mind its rightful place was on the White Album as a proper full-on Beatles song. Perhaps this post is an attempt at excising the topic from my mind so that I can just enjoy Lomax’s very good version.

Sour Milk Sea was written by Harrison during the Beatles’ retreat with the Maharishi Mahesh Yogi at his ashram in Rishikesh, India in early 1968. He drew inspiration for the song from a picture depicting a Hindu theme regarding “the geological theory of the evolution of organic life on earth.” The Sour Milk Sea represents a fallow period between Earth’s evolutionary cycles. The point of all of it being, in order to evolve we must seek God through meditation. 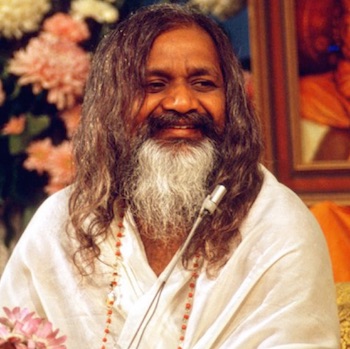 While the thematic influence is from the East, Sour Milk Sea is not raga rock. No sitar, no tablas. This is straight forward 1968 British blues rock, and what a backing band Lomax had here: Harrison and Clapton on guitars, McCartney on bass, Ringo on drums, and Nicky Hopkins on piano. The Hammond organ is uncredited. This was the first Harrison written song that he gave away to another artist. It’s also the only song to feature more than two Beatles on someone else’s recording.

I wrote ‘Sour Milk Sea’ in Rishikesh, India…it’s based on Vishvasara Tantra, from Trantric art…It’s a picture, and the picture is called ‘Sour Milk Sea’ – ‘Kalladadi Samudra’ in Sanskrit. I used Sour Milk Sea as the idea of – if you’re in the shit, don’t go around moaning about it: do something about it.

-George Harrison, from his autobiography I Me Mine

If your life’s not right, doesn’t satisfy you
You don’t get the breaks like some of us do
Better work it out, find where you’ve gone wrong
Better do it soon as you don’t have long
Get out of sour milk sea
You don’t belong there
Get back to where you should be
Find out what’s going on there
If you want the most from everything you do
In the shortest time your dreams will come true
In no time at all makes you more aware
A very simple process takes you there
Chorus
Looking for release from limitation
There’s nothing much without illumination
Can fool around with every different cult
There’s only one way really brings results
Chorus

Side A: Sour Milk Sea

Side B: The Eagle Laughs at You

An interesting “outfake,” a mashup of the Lomax instrumental track with the Harrison Esher Demo vocal: