“Astral Weeks,” the record that taught me to trust beauty and to believe in the divine, courtesy of my local FM station. – Bruce Springsteen, from his autobiography, Born to Run (p.196).

Today we give a nod, or perhaps a kowtow, to an album many consider to be not only Van Morrison’s best, but one of the best of all time by anyone. Van the Man’s second solo album, Astral Weeks, was recorded during September and October of ’68, and released 50 years ago today. It’s another example of how recording stream of consciousness songs relatively quickly and getting it out there to the public can sometimes achieve the best lasting results over the long haul, even without the boost of a hit single. 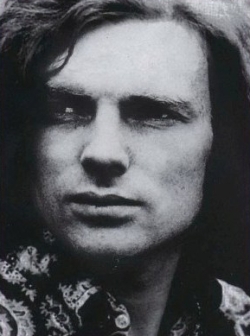 Astral Weeks came about during a period of uncertainty for him, as he was in the throes of legal wrangling with his previous label which had prevented him from recording and even performing live for a period of time. Eventually, in early ’68, Van began playing acoustic duo sets in Cambridge, MA with an upright bassist, then as a trio with jazz flautist John Payne, who would end up playing on the album. During this time, Morrison discovered he enjoyed the greater vocal freedom of the acoustic music. Warner Bros. signed him under the assumption he’d continue playing the rock and R&B music he was known for (i.e., Brown Eyed Girl), but when executives heard the new material – longer-form compositions laced with folk, jazz, blues, and classical –  there was no stopping his new direction.

The live studio tracks were recorded with Morrison on acoustic guitar in a separate booth, with upright bass, lead acoustic guitar, vibes, flute, and drums played together. The group consisted of true jazz cats, despite the fact that Morrison didn’t have much of a jazz background. Bassist Richard Davis had played with Eric Dolphy, guitarist Jay Berliner with Charles Mingus, percussionist Warren Smith, Jr. had worked with Max Roach, and the legendary drummer Connie Kay was a contemporary member of the Modern Jazz Quartet. 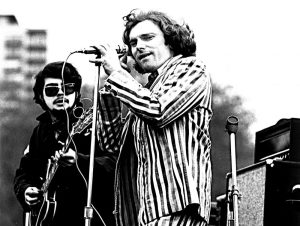 Warner Bros. didn’t bother promoting the album, and it didn’t garner much attention upon its release. Contemporary reviews were hit and miss: In NME, Nick Logan regarded it as a pale imitation of the guitarist José Feliciano’s Feliciano! album from the same year, while Greil Marcus reviewed the album positively in Rolling Stone, saying that Morrison’s lyrics were thoughtful and deeply intellectual, while calling Astral Weeks a “unique and timeless” record. Rolling Stone later named it the album of the year.

As with the contemporary release by the Kinks, Astral Weeks is another classic album I was not exposed to at an early age, though I’ve owned and loved it for about twenty years longer than The Kinks Are the Village Green Preservation Society. Nope, the honor for introducing me to this masterpiece goes to my first wife in 1993.  Two amazing sons and this record – thank you very much! Maybe it’s lazy of me to say I love every song on the album, but it’s true. It is a stream of consciousness work, so in a way it is one long song. Detractors use that against it, of course, but positive critics and fans like me hear the beauty of each song. 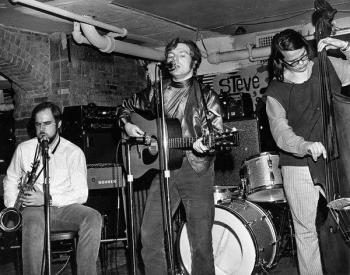 The bass lines, acoustic guitar, flute, vibes and strings on the title track set the tone for the atmosphere of the entire album. I was shocked to hear his Sweet Thing for the first time and discover it wasn’t a Waterboys original (just keepin’ it real here, folks). There’s a lot of pop music from the late 60’s with a big brass sound that I find a bit cheesy, but when it’s done by the likes of Van Morrison on The Way Young Lovers Do (or the Doors on Touch Me), it just works. And Larry Fallon’s harpsichord and string arrangements on Cyprus Avenue are sublime. Above all else, it’s the lyrics and the mood in which Van Morrison delivers them that makes Astral Weeks the classic that it is.