A late 60’s San Francisco mainstay, Blue Cheer were heavy metal pioneers.  Along with Cream and the Jimi Hendrix Experience, they proved that a group only needs three members and a large stack of very loud amplifiers to get its point across.  Blue Cheer, named after a variety of LSD created by chemist and Grateful Dead friend Owsley Stanley, made its point loud and clear when it erupted on this day in 1968 with Vincebus Eruptum.

My first exposure to this band probably wasn’t until the late 1980’s while watching My Generation hosted by Peter Noone of Herman’s Hermits on VH1.  The quality of some of the music on film from the 1960’s was so bad (much of the material worth watching has been restored in recent years) that watching a clip of Blue Cheer lip-syncing on American Bandstand didn’t inspire me to explore their music further.  Had I, as a sixteen year old, purchased a copy of Vincebus Eruptum and played it on my not-so-great-stereo (but better than VH1), I might be sitting here in 2018 writing that, for at least a brief moment, they blew Hendrix, Cream, and The Who out of the water whether I believed it deep down or not.  And they may have.  Instead, I finally picked up the album on CD a couple of years ago in a futile last-ditch attempt to stave off middle age.  Yes, I bought this album as a result of a minor mid-life crisis, but also to see what I had missed out on all this time.  I listened to it one time and filed it away, feeling somewhat silly even though I dug it.  It’s almost as if my home was too clean and the beer in my fridge too expensive to listen to this album.  Not Zeppelin or Deep Purple, but specifically this.

With the impending release anniversary I popped the disc in last night and listened through headphones.  I enjoyed it more this time and it will probably be played more often going forward, but this morning my left ear hurts.  It could be that I slept on it awkwardly, but I think I know the real reason:  This album is blisteringly loud whether the volume is turned up or not.  There’s no avoiding it.  (My copy being on CD as opposed to vinyl probably doesn’t help.)  It opens with their most well-known song, a cover of the Eddie Cochran classic, Summertime Blues, and rolls on from there for 32 short but incendiary minutes.  I don’t think I could handle more than 32 minutes of this music in one sitting, just as I feel about AC/DC.  I like it, but after a few minutes it kind of hurts my whole body.  I cannot fathom what it must’ve been like to stand in front of their stack of amps at the Avalon Ballroom.

Postscript:  It seems that the reason my body was aching had less to do with the sonics of this album and more to do with the onset of the flu, which has had me knocked semi-conscious for three and a half days.  I’m awake now, though.  Must be all that rustling I hear coming down the Ho Chi Minh Trail. 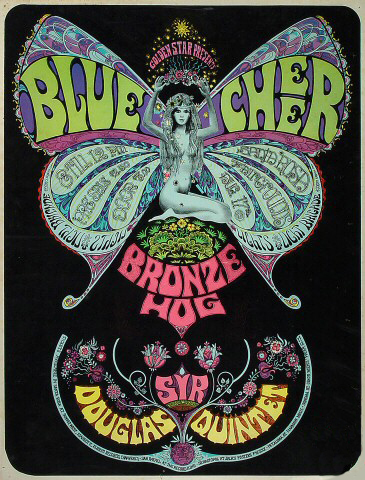