I’m participating in an album draft with nine other bloggers, organized by Hanspostcard. There will be ten rounds, with draft order determined randomly by round. With the third pick in round three, I’ve selected one of my favorite Springsteen albums.

What is it about Bruce Springsteen’s music that has earned him one of the largest and most loyal fan bases on the planet? I don’t know the first thing about cars, auto mechanics, or racing. I never worked in a factory or a car wash or on a highway. I never had and lost a job at a lumber yard or slept in an abandoned beach house or in a car because I had nowhere else to go. I never stood in a filthy phone booth for hours on a freezing night talking to my girlfriend until I thought it was safe to go home and face my father. I never ran from a state trooper. I know nothing of life growing up in a coastal town adjacent to once great but now failing boardwalk communities. However, I do possess deeply rooted feelings about friendships and family, past and present. I’m for respecting basic human rights and dignity, and for people having a fair shot in life. I’m for the underdog. I do enjoy the open road, and oh yeah, I love good music. Bruce Springsteen, with and without the E Street Band, checks all those boxes, and I’m happy to be able to add one of his finest albums to my desert island collection. 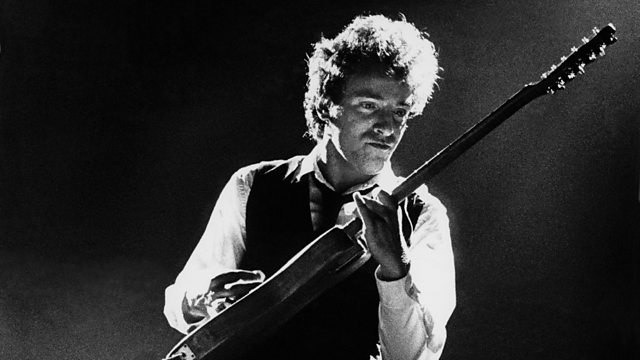 Darkness on the Edge of Town, released in June of 1978 after taking nearly a year to record, was the follow up to Born to Run. Due to Bruce’s ongoing legal dispute with his former manager there was a three year gap between the two. However, this was an extremely productive time for him, as he wrote approximately 70 (!) songs. Some – Because the Night, Fire, Rendezvous, and others – were recorded by other artists. Others ended up on later releases of his such as The River, Tracks, and The Promise. Forty-plus years on, the songs from Darkness remain part of the core of his marathon live sets. Whether on the studio cuts or live versions, the songs from this album are filled with honesty, sincerity, and emotion. 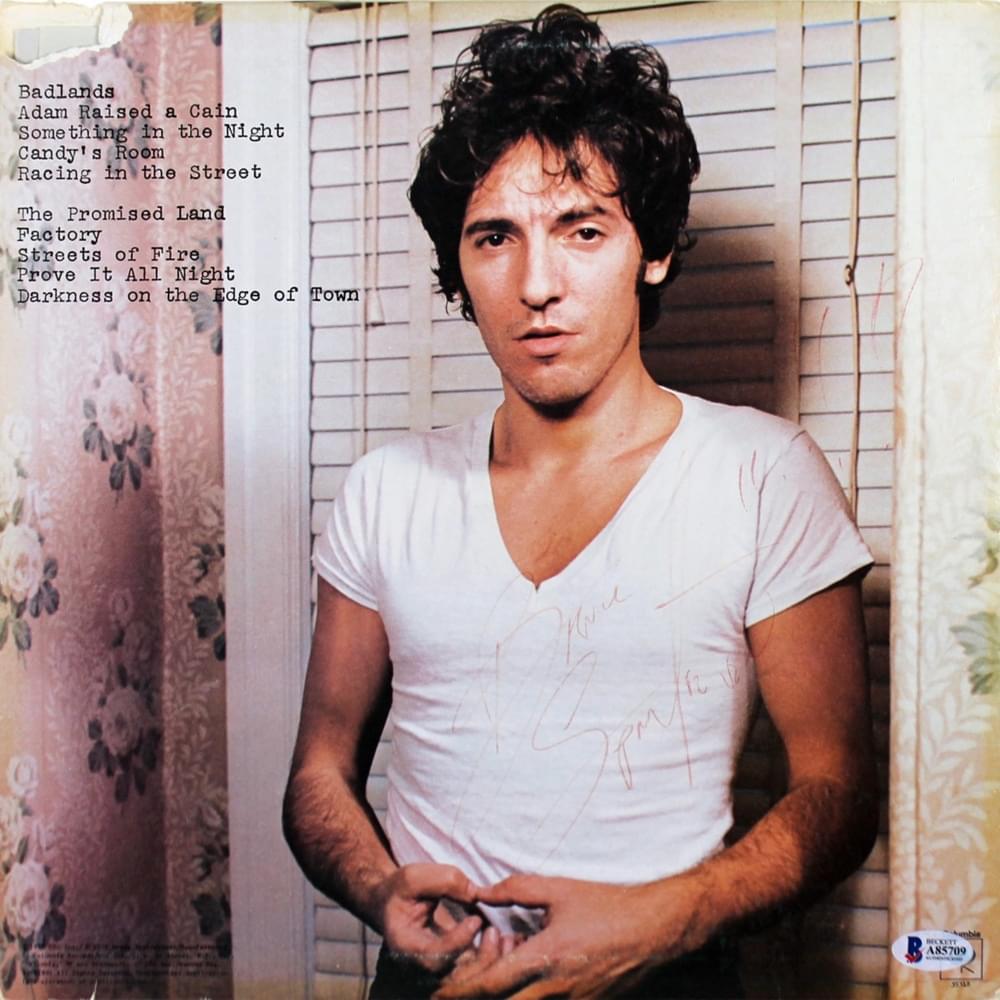 I was not exposed to much of Bruce’s music as a kid. The first Springsteen song I remember hearing was Hungry Heart. In 1984, with the heavy presence of Born in the U.S.A. in the Top 40 and on MTV, suddenly he was everywhere and I was becoming a fan. I had that album, but still had yet to explore his back catalog. Two years later when I was 15, he released the Live 1975-85 box set. A local radio station announced they would play all three albums from the box in their entirety over three consecutive nights, and I was ready with a pack of cheap TDK D-90’s and an even cheaper stereo on which to record it. That was my “ah-ha” experience with Springsteen’s music. I was mesmerized by all that music I’d not heard before, as well as his audiences’ reactions to it. Badlands, Adam Raised a Cain, Candy’s Room, Racing in the Street, Darkness on the Edge of Town…where had this music been all my life? 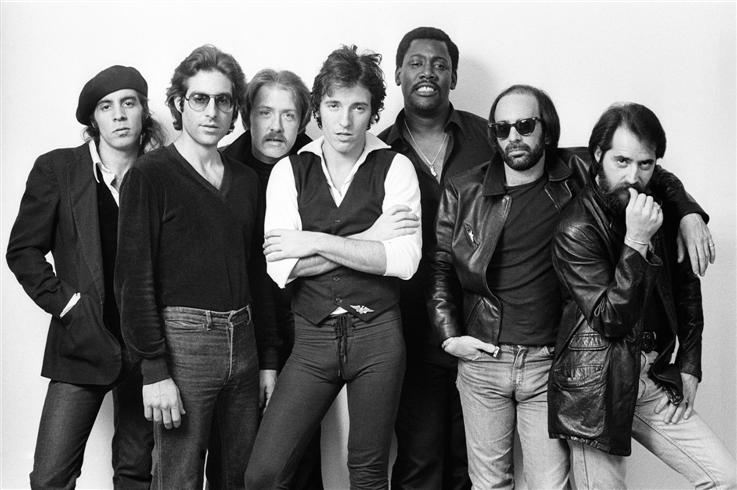 These songs, and all the other pre-Born in the U.S.A. tracks I heard through headphones with my radio reception fading in and out in the basement those three late November nights in 1986, caused my head to spin. This was at a time when, mixed in with my Beatles, Elton, U2, and R.E.M. albums, I also listened to the standard mid-80’s Top 40 fare that average teen sheep like myself played. But after my Springsteen mini-immersion, Madonna, Wang Chung, and Cameo suddenly sounded even sillier than I already knew their music to be (yes, there was some good stuff on the airwaves back then, but you get the picture). Soon after, I made a bee-line to the nearest record store 30 miles away and purchased Born to Run and Darkness on the Edge of Town on LP. A couple years later The River and Nebraska were among the first CD’s I owned. Greetings from Asbury Park, N.J. and The Wild, the Innocent & the E Street Shuffle weren’t far behind. My conversion to Springsteen lifer status was complete.

“Unguarded teen-underclass poetry” – that’s how critic Robert Christgau referred to the songs that make up Springsteen’s debut.  I wouldn’t say this album is overlooked or underappreciated, but every time I play it I have that “Oh man, I forgot how good this is!” moment at some point, usually by the fourth track, Does This Bus Stop at 82nd Street?.  This album, recorded in 1972 but released the following year, is Bruce perhaps at his most Dylanesque.

Two of its songs ended up being radio hits for Manfred Mann’s Earth Band:  Blinded by the Light and For You.  Too bad Bruce’s version of the former didn’t garner much attention beforehand, as it might’ve prevented some awkward moments experienced by people singing along to it on the radio with hilariously misunderstood lyrics.  Growin’ Up, Does This Bus Stop…, Lost in the Flood, Spirit in the Night, It’s Hard to be a Saint in the City – that’s a nice career for some.  A great debut for Bruce.

Bruce dug a little deeper into the underbelly of society for themes which make up the songs on this album, songs that feature a mass murderer (based on a true story) and others who have run afoul of the law and who have little to no hope for redemption.  Even his hint of absolution in Reason to Believe is little more than a glimmer.  Nebraska is a set of demos Bruce recorded at home on a four-track recorder which he intended to record with the E Street Band.  They did record them, but ultimately it was decided to release the demos as the album, which, in my opinion, took balls.  It paid off.

This album was a slightly acquired taste for me, but not too much.  I was already versed with some of it having heard a few of its tracks on Live/1975-85.  But oh, is this a bleak record.  It’s not just that it’s mostly acoustic, it’s also the production with the all the reverb.  He sounds alone on these songs.  I feel like I’m on a dark highway in the middle of the night when listening to it.  The album cover looks like the songs sound.  When Nebraska was released in September of 1982 I was 11 years old and the only care I had in the world was that the Cardinals would reach their first World Series in my lifetime.  Musically, I was more interested in Men at Work, The Cars, and A Flock of Seagulls.  It would be a few years before I discovered this album, but it’s been with me since.

I consider Darkness to be #2-B in my ranking.  If there’s a deciding factor which puts it behind The River, it’s that I’ve probably enjoyed these tracks done live a little more than the studio versions.  That’s really not any kind of criticism though.  Bruce is in rarefied air with this one.  It’s raw, guitar driven rock that’s full of anger and angst – about growin’ up, about girls, about reckless abandon – that hits hard right out of the gate and doesn’t stop for 43 minutes.  Badlands, Adam Raised a Cain, Candy’s Room, Racing in the Street, The Promised Land, Streets of Fire, Prove it All Night, and the title track are all fantastic.  And, as we later learned, he had a couple more album’s worth of good songs left in the vault.  Crazy!

As with Nebraska, the album as released was not what was originally intended; in the case of The River, it was going to be a single album of the more upbeat rockers but ended up as a double with the full range of joy and hard knocks.  The River is the delineation of Bruce’s songwriting and the E Street Band’s sound of the 1970’s and what came later.  Now, young male protagonists are out of school and breaking free from parental constraints and finding just how difficult the road ahead will be, and the girls who had previously been heard from while in a much more carefree state are also facing the responsibilities of adulthood sooner than they expected.

But there’s still the joy of rock and roll, cars, and girls.  It’s not all factories and loneliness.  These songs are more cleanly produced than their predecessors, and they sound bigger and somewhat cinematic.  It works perfectly on The River.  If I have to cite one release as possessing the quintessential Bruce Springsteen and the E Street Band sound that has endured throughout the years, this is the one.  There’s not a throwaway track to be found to my ears, but some of the songs I enjoy the most are The Ties That Bind, Sherry Darling, You Can Look (But You Better Not Touch), The River, Point Blank, Fade Away, and Stolen Car.  I don’t know the first thing about hotrods, but even Ramrod is cool.  To me, that song is rock ‘n roll at its purist.  Not only is there no filler, but as with Darkness, he had enough material at the time for another album or two.  Just an absurd level of output.

I don’t assume that Born to Run is everyone’s favorite Springsteen album, and I took a minute to think it through before I listed it as mine.  The obvious choice can sometimes be the lazy choice.  But not this one – not for me, anyway.  This was Bruce’s make or break album, and it took 14 months to make.  Some of my favorite Springsteen lyrics are found on this record, from the “soft infested summer” of Backstreets to the “barefoot girl sitting on the hood of a Dodge, drinking warm beer in the soft summer rain” of Jungleland.  Additionally, I hear some of the best musicianship on all of his albums with Clarence’s sax playing on Born to Run and his epic solo on Jungleland, as well as Randy Brecker’s haunting trumpet on Meeting Across the River.  Roy Bittan’s piano and Clarence’s sax on She’s the One make the song, and it’s a great one even without them.

Yes, this is also the sentimental choice for me.  This is due in part to the iconic jacket, which speaks volumes about the bond Bruce had with Clarence, a bond that could never be replaced and which took an entire brass section including Clemons’ nephew just to begin to make up for the musical loss on stage.  From the operas out on the turnpike and ballets fought in alleys to the heartbroken making crosses from lovers and throwing roses in the rain, and all the rest of Bruce’s hungry and hunted, chrome-wheeled and fuel injected characters steppin’ out over the line:  Born to Run delivers everything when I think of Bruce Springsteen and the East Street Band.  It’s rock and roll poetry, as well as a desert island album for me.