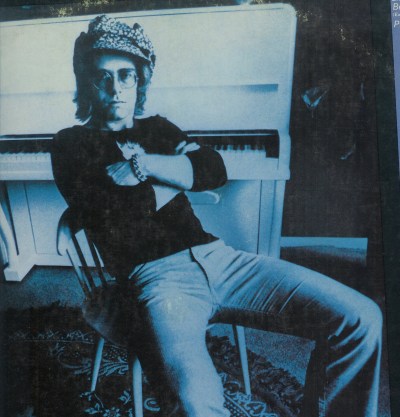 Picking up where we left off yesterday before I change the order again, first with a quick recap:  15. Live in Australia 14. Friends (soundtrack) 13. Here and There 12. Caribou 11. Honky Château…

This was EJ’s first live album.  It was taken from a live radio broadcast and was only officially released due to the flood of bootlegs which followed.  It captures Elton on his first, highly acclaimed US visit.  His performance at L.A.’s Troubadour on that tour is legendary.  At the time, the band was a no-frills trio consisting only of Elton, Dee Murray on bass, and Nigel Olsson on drums (guitarist Davey Johnston wouldn’t join the group for two more years).  They were hungry and played great.  They flat-out rocked the small studio audience with tunes such as Take Me to the Pilot, Honky Tonk Women, and Bad Side of the Moon.  My favorites on the original release are Sixty Years On and the medley:  Burn Down the Mission/My Baby Left Me/Get Back.  Dee and Nigel’s contributions not just as the rhythm section but also as backing vocalists cannot be understated.

Elton’s 1970 debut US tour visited an odd mish-mash of small to medium-sized venues including the Troubadour in L.A., the Fillmore West and East, the Santa Monica Civic Auditorium, and the Boston Tea Party, but they were all in major cities, except for one:  Champ Auditorium at Westminster College in Fulton, MO.  Why do I mention this fact?  Because it’s about three blocks from where I grew up (population approx. 10,000).  The show was on 12/1/70, and I was born just under three months later.  My future high school cross country coach was in attendance, and I walked across the same stage to receive my high school diploma.  Here’s a photo of the performance taken from the balcony:

Unfortunately, only six of the thirteen songs from the performance at A&R Studios in New York were included on the original album.  It was re-released with all the songs included in conjunction with Record Store Day in 2017, but only on vinyl (Grrr!). 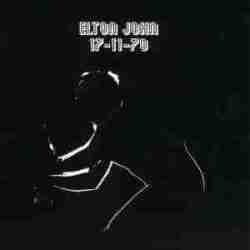 Elton’s first album was not released in the US until 1975 at the peak of his 1970’s fame, and it’s really nothing like the other classics.  Caleb Quaye and Roger Pope are on guitar and drums, respectively, and they would subsequently re-join Elton in 1975.  Tony Murray of the Troggs played bass on the record.  When asked about the album’s style, Elton has compared it to Leonard Cohen’s work, albeit a little more amateurish.

While it’s not folk music per se, the somewhat esoteric themes are reminiscent to me of those heard on late 60s/early 70s English folk rock albums by the likes of Fairport Convention, whom I like quite a bit.  This was the first Elton album in my fledgling collection, and I think I must’ve absconded with it from my brothers’ collection.  I’m not quite certain how I ended up with it, but I’ve liked it a lot since I was a child.  The original Skyline Pigeon, with Elton on harpsichord, is heard here.  Western Ford Gateway, Sails, Gulliver, and the title track are my favorites.

Astoundingly, this was E.J.’s 11th official album release in seven years.  It was also his second double album.  Not surprisingly, Elton was in meltdown mode by this point from the pressures of recording, touring, and all the trappings of stardom, and in my opinion it is his last really good album.  To borrow from McCartney’s description of the White Album, Blue Moves is “very varied.”

It’s a blend of rockers (Shoulder Holster, One Horse Town), blue-eyed soul (Chameleon, Boogie Pilgrim, If There’s a God in Heaven [What’s He Waiting For?], Where’s the Shoorah?), instrumentals (Your Starter For, Out of the Blue, Theme from a Non-Existent TV Series), and sad songs (the hits Tonight and Sorry Seems to Be the Hardest Word, as well as Cage the Songbird).  But perhaps my favorite song of the bunch is his late-to-the-party stab at raga-rock, The Wide-Eyed and Laughing.

A few of the interesting guest appearances on the album include Michael and Randy Brecker on sax and trumpet, David Sanborn on sax, and David Crosby, Graham Nash, Bruce Johnston, and Toni Tennille on backing vocals. 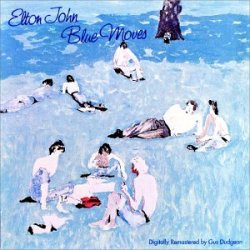 The title of this album is a play on the phrase, “West of the Rockies,” as it was recorded at Caribou Ranch in Colorado (as was his earlier album, Caribou).  The album debuted at #1, his second album in a row to do so and a feat which had never happened before.  Looking to change things up, he fired Nigel and Dee and recorded this album with a host of musicians including Caleb Quaye and Roger Pope from his Empty Sky days.

Island Girl is the hit song here, but I love this record because it’s easily his grittiest, crunchiest batch of tunes overall, and I’m not sure why it isn’t mentioned more among his best albums.  Dan Dare (Pilot of the Future), Grow Some Funk of Your Own, Street Kids, and Billy Bones and the White Bird are cool guitar-oriented songs.  I Feel Like a Bullet (In the Gun of Robert Ford) is one of my favorite Elton sad songs (they do say so much, after all), and Feed Me takes me right back to my childhood home with the lyric, “…’Cause I miss my basement, the sweet smell of new paint, the warmth and the comforts of home…” 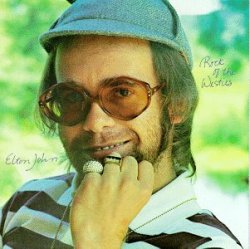 This self-titled album is Elton’s second overall and first to be released in America.  It was also his first to be produced by Gus Dudgeon, with whom he would work for the majority of his 1970s heyday.  Elton and Bernie made a rather sizeable leap in their songwriting from Empty Sky to Elton John.  It opens with the immortal Your Song and ends with the epic The King Must Die.  Sandwiched within are classics such as Take Me to the Pilot (a song whose meaning Elton and Bernie hilariously acknowledge they have no idea of, even though they wrote it), Sixty Years On, and Border Song.

Paul Buckmaster’s beautiful string arrangements are heard throughout the album, including on a song which I have a personal affinity for, The Greatest Discovery, with its lyrics about parents introducing their young son to his newborn baby brother.  The first time I heard this after my second son was born in 2000 it choked me up quite a bit.  I was cured of it soon after, however, as they’ve been scrapping for the past 17-plus years. 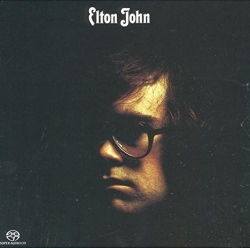 The top five are coming up, and I wonder if I’ll change the order any more than I already have.  I listened to Honky Château last night and reaffirmed its greatness in my mind despite its exclusion from my top ten.