The Doors – Live at the Hollywood Bowl

Today marks the 50th anniversary of the Doors’ historic engagement at that venerable L.A. venue, the Hollywood Bowl.  They weren’t the first rock act to perform there – among the many notable non-classical or jazz concerts, the Beatles were there in ’64 and ’65, the Jimi Hendrix Experience performed two months after the Doors, and skipping ahead almost 50 years Tom Petty’s final show just before his passing was on that stage – but thanks to the belated concert album and video release in 1987, the performance holds an important place in the group’s lore.

The Doors were one of my favorite bands during my highly impressionable adolescence in the 1980’s, and I rented this concert video numerous times on VHS.  Then somewhere along the line, perhaps after watching Oliver Stone’s 1991 biopic of the group a few times, I began to see Jim Morrison as more of a caricature of himself which cheapened the music for me.  But as we see repeatedly with these bands, time has a way of shaping and reshaping our perspectives.

In my case, starting this blog has caused me to revisit the Doors catalog with fresh ears.  Whether one likes Morrison’s poetry or not, or whether one even considers it poetry at all, there were three extremely talented musicians and one very good vocalist in that group.  Actually, two talented vocalists, as heard when Ray Manzarek had to take over the vocals on the occasion at the Concertgebouw in Amsterdam when Jim was unable to make it to the stage after ingesting anything and everything given to him by fans as the band walked around the city.  And knowing that Manzarek was also playing the bass lines on his keyboard only elevated his status as a musician in my mind.

Due to the poor quality of the tapes when originally released 31 years ago, the album was limited to seven tracks totalling just over 22 minutes.  With improved technology, the other tracks were cleaned up and the full show was released in 2012 as Live at the Bowl ’68.  As critic Chris Roberts noted upon the 2012 release, the band seemed very aware of the importance of the show as they rehearsed more than usual, played tighter during the show, and even decided on a set list prior to the performance – something they didn’t often do. 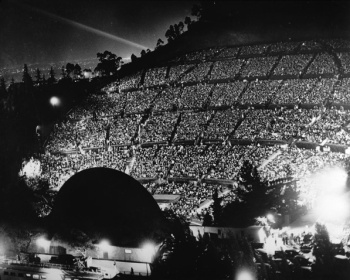 One of my favorite moments of the show comes during The End when Morrison, under the influence of the “dreaded lysergic” (as George Harrison referred to it in later years), goes into a rambling stream of consciousness soliloquy about a grasshopper he sees on the stage just to his left.  He’s being over the top as usual in his typical rock Adonis mode when he looks down and realizes it’s not a grasshopper but a moth – a rare moment of levity, especially for such a bleak song.