Ravi Shankar – The Sounds of India

This studio album was the second Ravi Shankar title I owned.  Actually, I burned it from a friend’s cd onto cassette almost 30 years ago, and it’s still out in the garage somewhere as we’re currently a cd-only household (I really need to get my turntable out of mothballs).  It was a bit strange to me at first, not because of the Hindustani classical music I was becoming more interested in, but because of the album’s production:  Shankar gives brief lessons between pieces on the significance of each performance (e.g., a morning raga vs. an evening raga).  He also did this frequently in concerts outside his native India.  I still laugh whenever I hear him address the largely clueless Madison Square Garden audience during the Concert for Bangladesh after their initial polite applause:  “Thank you.  If you appreciate the tuning so much, I hope you will enjoy the playing more.”  Ravi was a true cultural ambassador. 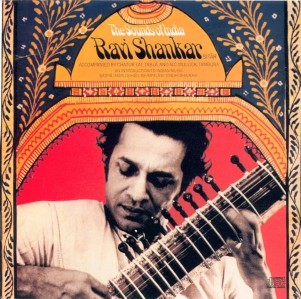 Sly and the Family Stone – Dance to the Music

This second album by the group gave us the hit title track and was influential with acts such as the Temptations and the Jackson 5.  Sly and the Family Stone were rising fast.

I…I, um, don’t really know what to say about this one.  In my mind, Tiny Tim was in a class of celebrities that included people like Phyllis Diller and Charo (aka María del Rosario Mercedes Pilar Martínez Molina Baeza).  You know, the kind of entertainers who popped up occasionally anywhere from The Tonight Show with Johnny Carson to Sesame Street, from Scooby Doo to Match Game, and from Laugh In to The Love Boat.  Then you find out later in life that, unlike today’s celebs who are “famous for being famous,” they were actually very talented people. 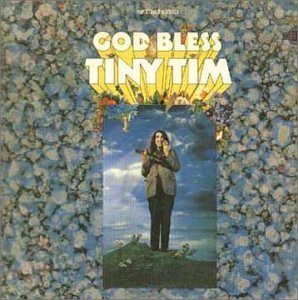 The Monkees – The Birds, The Bees, and the Monkees

This is the fifth studio album by the Monkees, released the month after their final TV episode aired.  It was the first to not reach number one on the Billboard charts (!).  The album yielded two hits:  Valleri and chart-topper Daydream Believer. 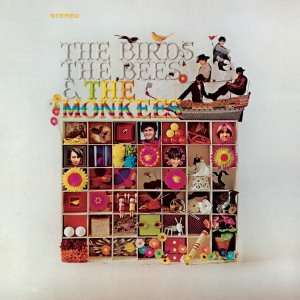 Archie Bell and the Drells – Single:  Tighten Up

The first I recall hearing this song was not on an oldies radio station, but on VH1’s My Generation hosted by Peter Noone in the late 1980’s.  The song was a hit in Bell’s native Houston before Atlantic Records picked it up for distribution in April 1968, where it subsequently reached number one on Billboard’s R&B and pop charts – while Bell was doing time in Vietnam.  Years later I was lucky enough to hear Tighten Up almost hourly at a retail job, where the song was included on one of those corporate-distributed mixed cd’s played in-store, seemingly on a loop.