Criteria for this list and all my rankings going forward include but are not limited to:

Today I present my favorite John Lennon albums.  For the obvious reason, this list won’t be as long as my rankings of George Harrison or Paul McCartney albums, but a few of Lennon’s solo albums have been very important to me as a music fan.  As I write this, with a tinge of guilt I’m whittling my list down even further to maintain the spirit of my rankings, i.e., I’m listing albums I actually like, not just releases by important artists whom I like, no matter what.  With that in mind:

I wasn’t familiar with this album until my teenage years.  I’d heard a couple of songs and liked them, but it took me a few years to realize why:  John sounds like he’s having fun.  A buddy in high school gave me the album on cassette as a gift, and I have it still.  Most of the tunes are covered in his box set, which is where I hear them most often. 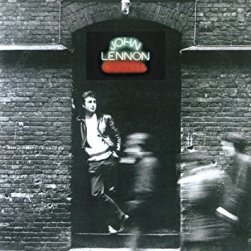 Ugh, so much wistfulness attached to this one.  I received the LP for my birthday a few months after his death and played it repeatedly.  Since it was vinyl, it meant I listened to Yoko’s songs as well, and to be honest I was able to listen to them without banging my nine-year-old skull into my bedroom wall each time.  I chuckle when I think about Yoko’s screaming orgasm at the end of Kiss Kiss Kiss blaring down the hallway into the kitchen after school where my mom could be found preparing dinner.  I had no clue – all of Yoko’s screaming sounded the same to my innocent ears – and luckily Mom was pretty good at tuning out noise when she wanted to.

After the advent of CD’s, I began programming her songs out of it whenever I wanted to listen to John’s.  But a couple of months ago I played the whole thing for my wife so she could hear for herself what I’d been trying to describe.  A funny thing happened when I did:  the new wave influence on Yoko’s songs – mainly the oft-mentioned B-52’s – jumped out of the speakers at us.  Her tunes on this record are not something I would choose to listen to very often, but they aren’t, um, that bad(?)  John sounds refreshed and all his songs are very good, and if they had been combined with his songs which appeared on the posthumous Milk and Honey (’84) as a stand alone record without the missus it would’ve vied for #1 in this ranking order.

Shaved Fish rates this highly despite being a compilation due to the fact that almost half of it consists of tracks that were previously only released as singles, including Cold Turkey, Instant Karma!, and Power to the People.  It was also the mournful soundtrack to Christmas break a few weeks after John’s murder when my brother was home from college and played it a handful of times.

Imagine is another good album of John’s in the early aftermath of the Beatles.  Though I’ve known the song Imagine my whole life, I got into the entire LP in high school in the late 80’s, and it’s held up for me quite well.  He mixes songs of love for Yoko with songs of anger for pretty much everything else, including Nixon, Vietnam, and of course Paul.  Favorites of mine include Crippled Inside, Jealous Guy (re-worked from the White Album-era Child of Nature), I Don’t Want to Be a Soldier, Give Me Some Truth, and the title track.  I don’t say this as a sycophantic defense of Paul, but I do feel John embarrassed himself with the ultra-petty How Do You Sleep?

Any of my final three Lennon albums could be #1, and Mind Games is another example of critics being just as full of themselves as the artists they lambast.  Jon Landau in Rolling Stone called it Lennon’s “worst writing yet,” and that Lennon was “helplessly trying to impose his own gargantuan ego upon an audience … [that] is waiting hopefully for him to chart a new course.”  I have to remind myself that much of the harsh criticism for the Beatles as solo artists was due to the then relatively recent demise of the group, and people expected each of them to be as individually good as the sum of their parts, which was never going to happen.  But there’s not a song on this album that I don’t like. 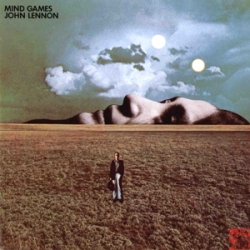 Perfectly underproduced, stark, raw, scab-peeling, and primal (as in primal scream) – that’s how I think of Lennon’s first post-Beatles album.  As a result of the primal scream therapy he was undergoing, John unleashed 30 years of verbal payback to society in general and lament for personal losses.  It’s not an easy listen, but man is it good.  Even critics agree.

Walls and Bridges was recorded at the tail end of Lennon’s “Lost Weekend” of debauchery in L.A., exiled there by Yoko and accompanied by their assistant (and for 18 months John’s keeper and concubine) May Pang.  He recorded this album when they returned to New York, but before he moved back home with Yoko.

It’s sort of odd to celebrate somebody around the anniversary of their death, but that’s how it’s worked out for me with John, as opposed to George whose birthday I think of more.  I usually listen to John’s music – especially my top three – in December and January, Walls and Bridges possibly more than the rest.  Whatever Gets You Through the Night – his duet with Elton – is a great track, Steel and Glass a shot at Allen Klein (a few years too late?), and #9 Dream is one of my all-time favorite Lennon songs.

I feel obligated to explain the omissions from my Lennon rankings.  I find Live Peace in Toronto 1969 and Live in New York City to be dreadful.  On the Toronto album, Lennon sounds every bit as wasted and unrehearsed as he actually was, and Yoko is unlistenable.  It’s a shame, because he had a good band with Eric Clapton, Klaus Voorman, and Alan White, but they rehearsed only twice:  once on the plane from London to Toronto and once right before the show.  Clapton didn’t even know about the show until the day before – from across the ocean and while he was in his own haze at the time.  A few day’s worth of practice would’ve done wonders.

On NYC, John is visibly nervous on the video, chomping on gum the whole time, and he forgot some lyrics.  Furthermore, Jim Keltner is the only other established musician on stage with John.  The others are Yoko and a street band called Elephant’s Memory.  And those stupid hard hats!  As for 1972’s Some Time in New York City, I’ve honestly never listened to it and I have little interest.  A few of John’s decent songs from the set are on his box set which I own, and that’s enough for me.  And with Milk and Honey, his tracks are also on the box set in different versions, which are all very good, but I don’t think I’ve ever actually listened to that album.

I promise I’m not just throwing Ringo a bone here.  I really like this album, especially with the inclusion of It Don’t Come Easy, Early 1970, and Down and Out as bonus tracks on the 1991 reissue.  Its quality is due to the participation of his three former band mates throughout, though not on the same songs.  In fact, it’s a great roster of musicians on the record that also includes Marc Bolan, Robbie Robertson, Steve Cropper, Billy Preston, Nicky Hopkins, Garth Hudson, Klaus Voormann, Tom Scott, Bobby Keys, Levon Helm, Rick Danko, David Bromberg, Harry Nilsson, Martha Reeves, Merry Clayton, and oh look, there’s Jim Keltner again! 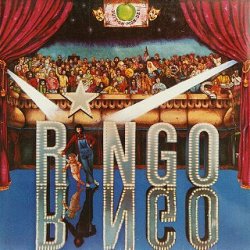