As things will be slowing down a bit for the next couple of months on the 50th anniversary album front, I’ll wander off course now and then into other topics.  Today I think I’ll take a shot at my favorite Elton John albums.  This would probably be a very difficult task for those who are fans of his work from A-Z, but for me it’s a little easier.  With one exception (and it’s really not much of an exception as you’ll see), there’s not one post-1976 album in my ranking.  I don’t think it’s a coincidence that this was when he parted ways with songwriting partner Bernie Taupin, as well as drummer Nigel Olsson and the late bassist Dee Murray for a few years.  But his output in those first 7-8 years is amazing. 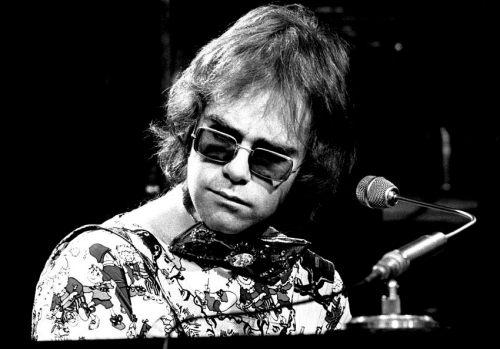 I’m glad for Reg that he’s been able to reinvent himself over the years, and we’re fortunate he’s still with us.  But 1976 is a demarcation for his music in my mind, both in the studio and on stage.  I bought The One upon its release, as it sounded like he was returning to his early-70s sound.  Alas, it came up a bit short.  I’d probably enjoy The Union with Leon Russell, but I have yet to listen to it all the way through.  I’m sure it’ll end up in my collection at some point.

That said, ranking my 15 albums is not easy.  All of these titles are very dear to me; each one of them elicits good memories from my youth, and I still enjoy listening to them.  All of them.  I’ll try not to keep repeating my nostalgia attached to these records, but isn’t that what most of us of a certain age or older experience when listening to our favorite music from “back in the day?”  It’s hard to avoid.

For the sake of keeping it a tidy, 15 album list, my parameters for this ranking include:

Apart from the occasional good single, the 1980’s weren’t kind to Elton.  He was productive, but his mental and physical health were in steady decline.  Then one day this live gem appeared.  It’s a celebration of his and Bernie’s early tunes, complete with the Melbourne Symphony Orchestra, which brought back to life those fantastic Paul Buckmaster arrangements.  The show was recorded in Sydney in December of 1986, shortly before he had throat surgery which permanently dropped his voice from tenor to baritone.  His voice was pretty rough, but it’s a great performance.  I’ve heard Elton describe how that surgery forced him to use his singing voice properly for the first time in his life, but an awful lot of songs never sounded the same again live without his occasional falsetto. 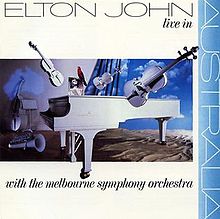 This soundtrack to the film of the same title (which I’ve never seen) received a Grammy nomination for best film score in 1972.  It became his third gold record in as many months in 1971.  Elton and Bernie were just about to bust loose in America when this came out.  It’s got that great, mellow, early Elton sound.  The title track and Can I Put You On are highlights.

As I’ve mentioned before, live albums in the 1970’s were a different animal.  The excitement level kicked up a notch for me as a kid with live recordings, so much so that it didn’t occur to me that some day I could actually be in a live audience.  This release, recorded at the height of Elton mania in 1974, captures a somewhat buttoned-up Elton performing for the Queen on side one, and buttoned-down Elton at Madison Square Garden on Thanksgiving Day on side two.  Skyline Pigeon is my favorite tune on the original release, and Ray Cooper’s duck call on Honky Cat I found somewhat mesmerizing as a kid.  I was also enthralled by the photo of the band equipment, especially Nigel’s drum kit.  When the album was re-released in the mid-90’s, it stretched to two discs and included John Lennon’s guest appearance during the MSG portion, the final time he would grace a stage.

Another chart-topper, this album is a good example of how putting together a list such as this can cause me to re-examine my opinions.  I’ve always considered Caribou a so-so album.  It contains the singles The Bitch is Back and Don’t Let the Sun Go Down on Me.  I tired of the former years ago, but looking at the track list the only real stinker here in my mind is, well, Stinker, and even that’s a rocker.  Pinky is a great love song, I just think it would’ve been better with a different (female) name ending in “y.”  It always makes me think of the Fonz’s brief love interest on Happy Days, Pinky Tuscadero.  Grimsby, I’ve Seen the Saucers, and Ticking are other favorites of mine.  By far the worst aspect of this album is the cover.  What was he thinking?

The first of seven consecutive number one albums for Elton, I can’t really justify why I don’t have it ranked better other than to say this is an honest assessment which includes how often I listen to it in relation to his other albums.  Honky Cat, Mellow, Rocket Man, Mona Lisas and Mad Hatters, Slave, Hercules, etc.  What’s not to like?  This is a great album deserving of more frequent listens in my home.