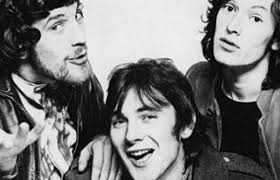 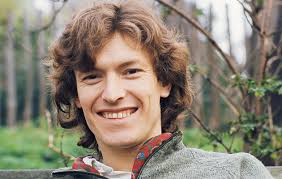 Today we’re revisiting an album that further put Traffic’s unique stamp on the rock music world in the late 1960’s.  In October of 1968 the band released its followup to their 1967’s debut Mr. Fantasy with a self-titled album which features two distinctly different songwriting styles brought together by the group’s excellent musicianship.

Band co-founder Dave Mason had left the band by the time their debut was released a year earlier due to artistic differences.  He was more interested in simpler folk-rock and pop compositions compared with the longer form, more jazz-oriented songs preferred by Steve Winwood, Jim Capaldi, and Chris Wood.  Mason subsequently produced the debut album by Family (which included future Traffic bassist Ric Grech), but was invited back to Traffic in early ’68 in time to contribute to roughly half the tracks on their second LP.  As with Mr. Fantasy, by the time Traffic was released 50 years ago this month, Mason had once again departed the group.

Traffic, produced by Jimmy Miller, received positive reviews upon release and is considered to have aged well.  Critics such as AllMusic’s William Ruhlmann seem to agree that the album achieved a nice balance between Mason’s contributions and the more complex tracks featuring Winwood’s keyboard based melodies, Wood’s reed instruments, and Capaldi’s “exotic” percussion.  He notes that Mason’s pop oriented songs like You Can All Join In, which leads off the record, and Feelin’ Alright are more commercially appealing, whereas the others’ compositions were more enjoyable for their musicianship, including Winwood’s soulful vocals.

Despite the directional differences between Dave Mason and the others, this is a cohesive album with their songs mixed together as opposed to isolated on two sides.  There are a few highlights for me, beginning Mason’s bouncy You Can All Join In, which welcomes the listener in for what’s to follow.  Pearly Queen features Winwood at his multi-instrumentalist best on vocals, Hammond organ, lead guitar, and bass.  Winwood and Capaldi’s Forty Thousand Headmen is one of my favorite track due to Capaldi’s percussion and Woods’s hypnotic flute.  Cryin’ to be Heard might be the best example of what this original Traffic lineup sounded like as a cohesive unit, with its heavy drums and Winwood’s keyboards standing out.  Mason’s original Feelin’ Alright is also a good one, but I feel Joe Cocker recorded the definitive version.  Interestingly, of the five tracks not written by Dave Mason, he only appears on one, No Time to Live.